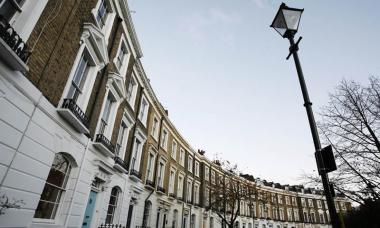 The weak post-Brexit pound has opened a window of opportunity for South Africans to invest in the UK property market.

The rand, which was trading at R16.60 to the pound this past week, has strengthened from R24.50 in January as the fragile pound continues to trade around its lowest levels against the dollar since 1985.

The rand’s strength has been bolstered by pound weakness as well as news that the National Prosecuting Authority has dropped fraud charges against Finance Minister Pravin Gordhan.

The weakness of the pound indicates that South Africa is not alone when it comes to political and economic uncertainty and currency risk. In the US, the hotly contested election is also underpinning investor nervousness and the slowdown in China’s economic growth has caused global ripples of uncertainty.

Despite the pressure on the pound, there are positive investment indicators coming out of the UK. GDP in the third quarter, although muted at 0.5%, was better than expected and the property market’s supply shortfall continues to put upward pressure on prices, which reflects in good increases in the value of property investments in the UK.

The number of mortgages approved in the UK was at a three-month high in September, indicating that the market is picking up again after the Brexit fallout.

“Importantly, interest rates in the UK have been cut from 0.5% to 0.25%, against South Africa’s March increase from 6.75% to 7%,” according to George Radford, Director of Africa of property investment firm IP Global.

“I’m still very optimistic about the UK economy. In fact, a World Bank report recently ranked the UK the seventh best country in the world for ease of doing business, while countries such as Germany and France – which are now courting UK businesses to relocate to their cities – were ranked 17 and 29 respectively. The UK has much less red tape, a friendlier tax environment and is, of course, English speaking.”

“If you look at the property market, it is still structurally undersupplied. It needs 250 000 units per year. Currently 156 000 are delivered, which represents an annual shortfall of almost 100 000 units. This continues to put pressure on house prices.”

Radford recommends investment in regional cities such as UK buy-to-let hotspot Liverpool and financial services hub Manchester – both offering value for money and growth potential – or in zones 3, 4 and 5 in Greater London, which are still largely undersupplied.

In line with the IP Global strategy, he recommends residential property investment over commercial property. “I don’t believe the commercial or office market in the UK will do very well in the next few years, largely because of uncertainty on the back of Brexit. Industrial property however can do much better as the weak pound should assist with exports.”

Residential property is preferable as it is a stable asset which investors can buy directly, whereas access to large industrial or commercial property is limited, unless they invest in a fund, Radford says. “Many of our clients want something tangible – an asset they can have physical ownership of, instead of being one of a thousand investors entering a fund.”  Most prefer buy-to-let investments which produce income.

IP Global’s Global Real Estate Outlook showed that London, Manchester, Melbourne, Berlin, Chicago and Tokyo were the most sought after destinations for global real estate investors. Sub-Saharan African investors however have shown a preference for Adelaide, Brisbane, Hamburg and Vienna.

Radford says Southern African investors have shown a preference for the UK and Australia, due to the shared historic connection, followed by Europe and the US.