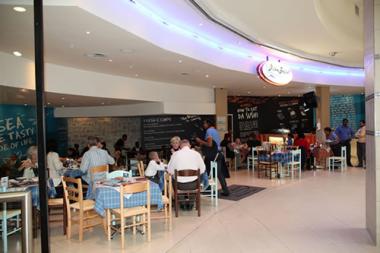 Killarney Mall experienced a major vacancy in 2015, when Edgars left. Dis-Chem recently replaced the retailer in the mall.

Compared with other assets in Octodec Investments’ R12.3bn property portfolio, Killarney Mall has not performed as expected though its trading density has increased.

The mall, which has been a perennial underperformer, is Octodec’s second-largest asset, worth R618.9m, making up 5% of the portfolio.

Octodec owns 324 properties including joint ventures. Its emphasis has been on growing its businesses in the Pretoria and Johannesburg central business districts.

In the group’s annual results for the year to August, the majority of Octodec’s assets performed well, contributing to 6.5% growth in distribution payouts. But Killarney again struggled, said MD Jeffrey Wapnick.

“Compared with our other assets, Killarney has not performed as we wanted it to do so over the past few years. Nevertheless, there was an increase in trading density of 14% in the financial year to August.

“We upgraded the air-conditioning system, security, ceilings, put in a generator and made other improvements at a total cost of R46m. This was during the 2016 financial year and the current 2017 year.”

Killarney Mall experienced a major vacancy in 2015, when Edgars left. Dis-Chem recently replaced the retailer in the mall.

Nevertheless, vacancies have been increasing at Killarney and also at Elardus Park Shopping Centre.

“Management has been considering the disposal for a while. I think they are just waiting for the right price and we could see a sale. It seems noncore because it looks like management prefers CBD retail exposure as opposed to non-CBD retail exposure,” said Lawrence Koikoi, Stanlib listed property analyst.

Evan Robins, listed property manager of Old Mutual Investment Group’s MacroSolutions boutique said Killarney Mall had been a weak asset for years and it made sense to let it go.

“They’ve tried for a long time to make Killarney work, but it just has not. I think many people choose to shop at the Mall of Rosebank instead. Killarney does not have near the same quality of offering. It would make sense to sell it, but they would need to find a willing buyer who had a strategy to turn it around,” said Robins.

While directors and associates including Wapnick’s family own more than a third of Octodec, Old Mutual Investment Group and Stanlib Asset Management are significant shareholders. Koikoi said he was pleased with Octodec’s results.

“Octodec achieved 6.5% dividend per share growth although they have indicated that growth would have been around 11% had they excluded yield-dilutive developments.

“Operationally the company remains robust with good collections, stable vacancies, controlled costs and it is guiding 6% dividend per share growth in the next financial year.”