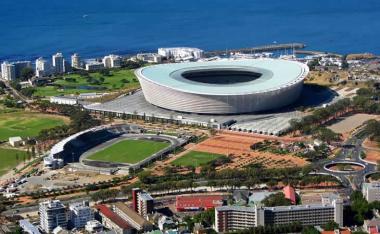 Cape Town Mayor Patricia de Lille said that the city had applied to the Pretoria High Court to recover the R429.4-million she said the companies owed it.

The City of Cape Town is suing several construction companies, accused of colluding during the construction of stadiums in the build-up to the 2010 FIFA World Cup.

Mayor Patricia de Lille said last week that the city had applied to the Pretoria High Court to recover the R429.4-million she said the companies owed it.

This follows reports that no provision was made in the settlement between the government and the companies for municipalities to get compensation.

While the Johannesburg and Tshwane metros are weighing their options on recouping the reported R112bn lost due to the collusion, the Cape Town metro has said it has instituted claims against the companies.

The Presidential Infrastructure Coordinating Commission has ruled the companies should raise a combined R1.5bn for a fund to advance transformation in the sector.

But none of the municipalities have been compensated for the money that they have lost from the implicated companies that include WBHO, Aveng Africa, Stefanutti, Murray & Roberts and Basil Read.

The City of Cape Town said it had approached the deputy judge president of the High Court in Pretoria and that the first court case to this effect would take place in December.

“We will fight for justice and the return of the R429m owed to our residents.… The City of Cape Town has instituted its claim,” the city said in a statement.

Johannesburg mayoral spokesman Tony Turisan said the city was reserving its rights on the matter. The city’s estimated losses due to the collusion was R300m-R900m, he said.

Nelson Mandela Bay chief of staff Kristoff Adelbert said it was difficult to say what the metro would do in the matter, as it was under a new administration.

But De Lille said government should be “ashamed for misleading” the country into thinking municipalities would be compensated for collusion by construction companies.

De Lille described the move as a lack of accountability, which PICC chairperson Gugile Nkwinti endorsed.